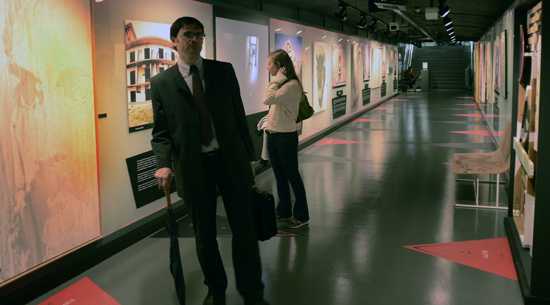 Graffiti, over the last few years, has been at the forefront of a discussion of what constitutes Art, as well as how our civil liberties can be effected by it.  The way public space is decorated should, to some extent, be decided by the people who share the space. Yet walk down the street in any urban area and we all know that this isn’t how it works.  We are subjected to commercial advertising with every step we take. Public transport is bathed in banners and logos of products that large companies are trying to convince us we can’t live without. How does this positively affect the public good? Should it be allowed, while private, independent people expressing their ideas in a public forum in an often beautiful, unique and thought-provoking way be disallowed and prosecuted as vandals?

Graffiti has an important place in the history of society, culture and civil unrest. It’s curious that a society that prides itself on being open to discussion on public matters and wants to be seen as progressive has become more restrictive (at least when it comes to graffiti) than the days of the roman tyrants.

Barcelona has a very rich history of public spaces being used by individuals and communities as a forum to express themselves. Graffiti to some is a perfect marker of self-expression in public spaces. 10 years ago Barcelona was one of the largest growing hubs for street artists, performers, and alternative athletes. The streets were covered in large multi-colour pieces of art, often with a political message or comment on society. Where have all these pieces gone? Well, the attitude and local government’s response towards graffiti (as well as other activities, such as skate boarding) has drastically changed over the last few years. Places where artists were once allowed to paint have become restricted. They receive both tickets and harassment from the police, resulting in a very noticeable change in the quality of pieces you see daily. Time-consuming, elaborate works of art have been replaced by much faster, less dangerous tags, which tend to frustrate the general public.

When asked specifically how these new laws affected the artists both personally and in regards to the quality of the work, one artist participating in a group show (name of show) in the Diagonal metro station says’the city has not gotten rid of graffiti on it’s streets. What they managed to do was move the large murals and colourful peaces out of the city centre and into abandoned warehouses, which were the pieces the general public tended to appreciate, and leave only visible, cheap fast throw ups, with few colours, which the general public generally doesn’t appreciate. As for the arrests, many of them have moved out of Barcelona to areas nearby, or to other cities, which still allow such work to be done without the fear of arrest. «

This website uses cookies to improve your experience while you navigate through the website. Out of these, the cookies that are categorized as necessary are stored on your browser as they are essential for the working of basic functionalities of the website. We also use third-party cookies that help us analyze and understand how you use this website. These cookies will be stored in your browser only with your consent. You also have the option to opt-out of these cookies. But opting out of some of these cookies may affect your browsing experience.
Necessary Siempre activado
Necessary cookies are absolutely essential for the website to function properly. These cookies ensure basic functionalities and security features of the website, anonymously.
Functional
Functional cookies help to perform certain functionalities like sharing the content of the website on social media platforms, collect feedbacks, and other third-party features.
Performance
Performance cookies are used to understand and analyze the key performance indexes of the website which helps in delivering a better user experience for the visitors.
Analytics
Analytical cookies are used to understand how visitors interact with the website. These cookies help provide information on metrics the number of visitors, bounce rate, traffic source, etc.
Advertisement
Advertisement cookies are used to provide visitors with relevant ads and marketing campaigns. These cookies track visitors across websites and collect information to provide customized ads.
Others
Other uncategorized cookies are those that are being analyzed and have not been classified into a category as yet.
GUARDAR Y ACEPTAR